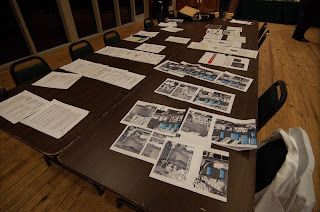 The third organizational and information sharing meeting of the citizen coalition group Tar Sands Oil Mobile was held at the Five Rivers complex on the Causeway at 7 PM on Tuesday September 3, 2013. Mobile County Health Officer Dr. Bert Eichold, University of South Alabama Surgeon Dr. Charles B. Rodning, MD and Vascular Specialist Dr. Ralph Pfeiffer, MD were three doctors recruited by the group to give a presentation on the risks of petroleum chemicals in an urban area as well as health risks and side effects of being exposed to the substances commonly carried on the streets, railroads and pipelines of MobileCounty. 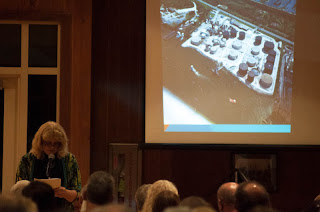 “This is a real threat, it’s a real possibility to have harm and are there options to be able to connect fuel to Chevron, and I think the answer is yes. We just need to make sure that we don’t do more unintended harm by continuing to have the oil come on the railroad line and then ultimately we have a disaster of 130 cars with the toxic stuff in the lake and on fire… So the challenges we have, like Dr. Pfeiffer said, there is a tremendous amount of money in this particular experience and we just need to, everybody, make sure that that science, knowledge and at least common sense, I’ll repeat, science, knowledge and at least common sense prevail in what is adopted in our county,” stated Dr. Eichold during his speech at the meeting. 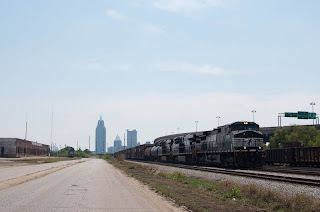 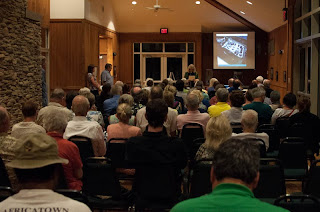 “It’s going to affect every person in this area because of what, I believe, big business is trying to do with this area, almost try to turn Mobile into a just a sea of storage tanks for this Tar Sands and maybe other crude oil. Unfortunately, seem like they have need to locate near the waterway and that is our playground here in Mobile county area, Baldwin County waterway. I hate to see that the city has given away so much of this water access to businesses, State Docks is right there on the city, they want to put these Tar Sands and storage tanks within a mile of the city… all around Africatown which has just been designated a National Historical treasure and can be developed into something for tourists to come and bring money into the city,” Joe Womack, Africatown resident, commented after the meeting. “I just can’t imagine how it got all the way from Canada down here to Mobile before somebody even raised a hand and said, ‘Hey, what are you doing?’… Put it on the shores of the Tennessee Tom Bigbee waterway somewhere in north Alabama or north Mississippi then float it down on a barge from there over the channel to wherever you want to send it but you don’t have to bring it through Mobile,” he continued. 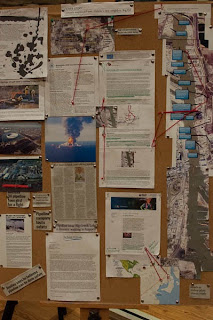 “I am not affiliated with anyone I am just a concerned citizen and I lived on Dauphin Island during the BP oil spill and I believe that our community is being threatened in an even greater way and I think it’s critical that our citizens speak about our visionary future that we have and it does not include Tar Sands… I know that there are examples around the world of renewable energy and the success of renewable energy. Even right now on Alabama Public Television there is an episode being aired called, ‘How to Make Things Cleaner’ and the first is about sustainable and renewable energy sources… There are examples worldwide of success with renewable energy and we need to be pushing for a visionary future and not one that is making desperate attempts to cling to oil and gas,” opined concerned Mobile resident Mallory Vonga.
The Tar Sands Oil Mobile Coalition is open to everyone. Visit their website at TarSandsOilMobile.com.