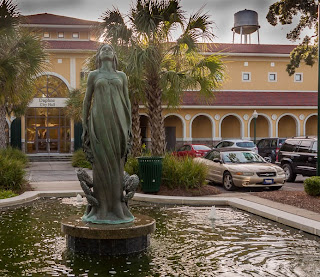 At Tuesday night’s meeting, the Daphne City Council scheduled a special session to hear a reading of the proposed city budget after the Work Session on September 23 at 6:30. Council President Ron Scott requested the summary pages of the proposed budget be placed on the city’s website noting, “I think that would help the public to see in general what we are talking about.”
“We’ve gone through this fight in the past,” remarked Councilman John Lake, “... and we were told by the Attorney General’s office at that time through verbal communications and that, that the proposed budget even though it was not passed was public information. I would like to have a copy of the proposed budget on display in city hall and the library.”
The Mayor and Council welcomed two new employees to the city. Mike Hinson is the new finance director and Angie Phillips is the new revenue officer.

Recreation Director David McKelroy wanted to remind everyone of the Brown Bag Concert Series. The next concert, on September 12, features the Mulligan Brothers who recently returned from opening for Darius Rucker in Biloxi, MS. All concerts are free and held in May Day Park from 11:30am-1:30pm.

Councilman Robin LeJeune commended the sign committee for their diligence citing it is the only committee that meets every week.

Authorization for Mayor Haygood to enter into a Memorandum of Understanding with Kamco Daphne, LLC for Right of Way improvements at Bayfront Drive and Main Street.

A Parade Permit for Gem of Champions 5K Run/Walk on October 19. This is a new parade for the city of Daphne according to city officials.