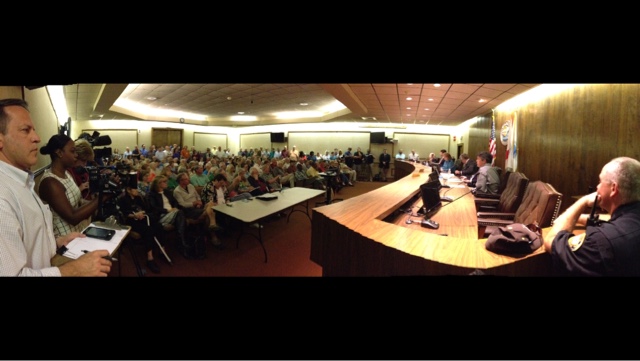 It was standing room only today in the Fairhope City Council Chambers for a vote on a resolution to suspend hiring for the city of Fairhope.
Recent actions by new Mayor Karin Wilson have prompted the freeze to safeguard against illegal/unethical hiring practices perceived by many of the town's residents.
No public participation was allowed at today's meeting and all discussion was directed to the March 9th meeting of the City Council.
The Council voted unanimously to suspend hiring for 60 days.