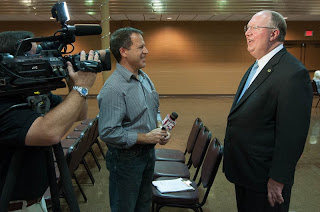 “Fairhope has never had a strategic plan,” Mayor Tim Kant said at a recent Alabama Communities of Excellence meeting held at the Fairhope Civic Center on Friday September 6, at 9:00am. “We tried it a little bit four years ago and it kind of got stopped but now we are actually going to have one, I hope, when we get through with this in the next eight months. Our comprehensive plan, we are in the process of updating that, looking at what we can do to improve that.”

The Alabama Communities of Excellence is a non-profit organization designed to assist communities in achieving long-term economic success by providing them with technical assistance. The ACE program recently increased their maximum population requirement to 18,000 from 15,000 to be able to accept Fairhope as an applicant. Communities of at least 2,000 may apply and ACE selects communities for participation based on the level of local commitment and the individual community’s ability to support the ACE program. 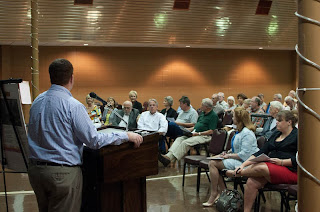 “There are nine members from all over the state that are here today,” Mayor Kant continued. “We’ll break off into some groups in the areas that you are interested in to kind of fine tune some of the questions that came about from the time they actually got the surveys. They kind of want to fine tune a little bit to find out what certain things mean because they are not from Fairhope and they would like to know. Yesterday they took a great trip. I think they spent two hours touring all of Fairhope so they went as far as the airport, north all the way up to Montrose and everything in between. They looked at the good, the bad and the ugly so that we can move forward to make all Fairhope feel like we’re all one community.”
The survey contained 15 questions and 2 comment sections. Approximately 500 people, 3% of the city’s estimated population, completed the survey resulting in the highest participation rate of the communities currently going through the ACE two-year program. Approximately half of those in attendance at the meeting completed the survey. Residents had until August 9 to submit their opinion. Some of the statistics learned from calculation of the surveys are: 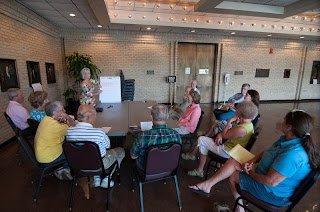 When asked if the surveys were available for public record and if the firm had more information than was presented at the meeting Brandon Bias, Community Planner at Goodwyn Mills and Cawood and presenter at the meeting, replied, “The results will be published as part of our final report… It was a simple Google form that we plugged all of this information into and honestly, the tool didn’t work the way we, it’s hard to distinguish individual comments so really we have this mass of comments of information, but each question had a fairly similar chart that it produced to give us a range of answers. Some of the more qualitative stuff, the questions with responses, has taken us a while to go through because 500 of those responses was tremendous. But a lot of that information will be rolled into our final report.”
Atmore, Brewton, Thomasville, Jackson, Evergreen, Gulf Shores, and Foley are currently ACE Communities with a total of 26 active in Alabama, according to Bias. This is the first time in two years the program has accepted applicants. Alexander City, Elba, Helena, Rainsville and Saraland are currently going through the ACE program along with Fairhope. 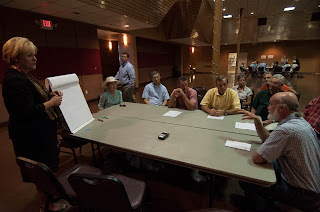